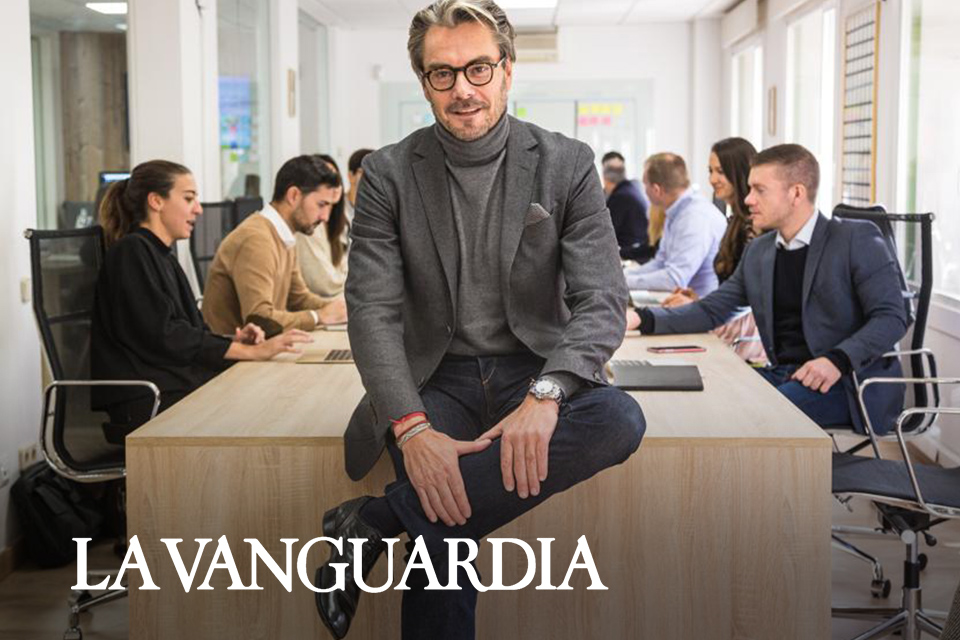 The first year the company expects to bill one million euros, and 3.4 million in 2019

Thomas Martensson say she went to Barcelona to find an office for his new company , had the idea of ​​staying a week and has been installed in the city for almost a year. "My little son was born here!"Adds the Swedish entrepreneur, who used to live between Paris and London. Martensson is the founder of Apply Digital Systems ,which is the fifth company that creates. He previously participated in the launch of other companies, such as Go Find it Technologies, which develops apps for hotel chains.

Apply is a platform that allows companies to create mobile applications as a control panel, adding all the information of the internal corporate platforms (Microsoft, SAP, Salesforce...), in a fast and real time, "without need code and with savings of up to 90%, "he says.

"To create this project I wanted to unite professionals of eight or ten different nationalities, who had already worked together. And Barcelona was the best option, "says Martensson. Pau Ballada, Lead iOS developer, and Marta Serrano, design chief at Apply, were on the previous Go Find It team in Paris and helped convince Martensson of the Barcelona election, they acknowledge.

Martensson says that some 200 companies in the world have tried to do something similar to whatApply does, "but our product is unique. We bring the usability and the visual experience of the consumer environment to the corporate world. So far, to create an application you need 8 steps and 35 technologies:that's a team of about 5 people working for several months. With the Apply Saas, it is reduced to a few hours: We sell time. " The product went on the market in the summer, and among its customers are already General Electric and Merck, he says. The first year the company expects to bill one million euros, and 3.4 million in 2019.

“We can be the next big company”

"It sounds too good to be true. But we can be the next big company, a one billion company , from Barcelona, ​​I'm convinced, "says Martensson. Now, Apply employs 15 people. Along with Martensson, Frode Nordseth, who was the CEO of Schibsted Spain, has joined to lead the expected growth. "Within a year, we will be 80 people. We want to compete for the best talent."

The company, which also has an office in Amsterdam, received an initial investment of 700,000 euros,from international business angels (the co-founder of Adyen, executives of Typeform); and on the board is Alec Behrens (co-founder of Booking.com), Jeffrey Perlman (Zumba Fitness) or Magnus Jern (co-founder of Golden Gekko).